Which assets are likely to benefit from rising inflation?

Former Federal Reserve Chair Ben Shalom Bernanke, considered the world’s authority on central banking, began his term in 2006, about two years before the 2008 crash. Having devoted much of his career to the Great Depression in the 1930s, Bernanke believed that the Fed at the time erred in trying to limit stock market growth. In fact, that contributed to the Depression. In order to avoid the mistakes of the past, Bernanke introduced Quantitative Easing (QE). The Federal Reserve would buy Treasuries and mortgage-backed securities (MBS) to increase liquidity in the financial system.

However, despite the Fed’s continuous pumping of money into the economy, there has been no inflation, which is a measure of growth, till the post-pandemic economic recovery. The U.S. central banks’ (and others’) two % inflation targets were not met since 2012. At the time, the persistently low inflation raised questions about the Federal Reserve’s commitment to its own inflation target, which may increase the risk of deflation. Deflation describes an economy during which prices of goods and services fall. While lower prices may sound good to consumers, it is generally part of a market contraction, which can see job losses and pay cuts. That probably doesn’t sound as good to consumers.

Inflation has averaged just above 1.5%, well below the Fed’s 2% target, since the 2008 crash and the post-pandemic recovery. 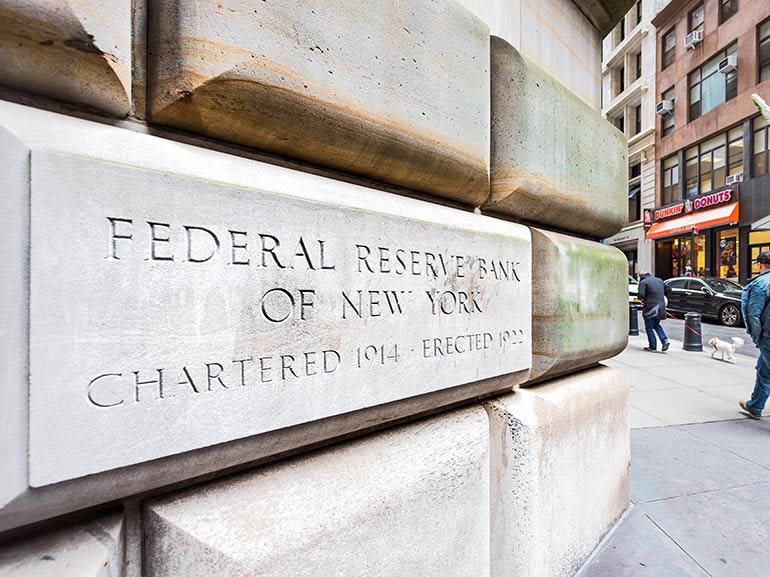 What is Frustrating the Current Chairman of the Federal Reserve?

The current Fed boss has an opposite problem - rising inflation. U.S. consumer prices climbed in May by five percent, its fastest rate since August 2008, when the Financial Crisis spurred the Great Recession. However, the rate of ascent didn’t stop there.

The key inflation gauge, the Fed’s preferred measure which it considers the most representative and upon which policymakers base decisions, rose 3.6% in July from a year ago. This is the highest inflation since May 1991, more than 30 years ago.

Fed Chair Jerome Powell said Wednesday on a panel discussion hosted by the European Central Bank that the post-pandemic economy had become “frustrating”. Powell added how it was frustrating that after 18 months, getting people vaccinated is still an economic priority. Finally, the supply disruptions around the world, which have caused inflation are only getting worse. Nevertheless, Powell maintained that inflation is transient.

However, a gauge the Fed doesn’t pay as much attention to includes volatile food and energy prices. That index climbed in June 4.2% since the same month last year and what may catch even more interest by investors, it’s the highest reading since January 1991.

Who Could Benefit From Rising Inflation?

While too much inflation could trigger a recession as rising prices could lower demand and lead to rising unemployment, some companies stand to benefit. Sectors that have historically gained from rising prices include banks, consumer staples and energy companies.

What 3 Stocks Have Beaten the S&P 500 Index This Year?

The following three stocks beat the S&P 500 Index, which is up about 16% since the beginning of the year.

American multinational oil and gas corporation ExxonMobile (XOM) Corporation is up about 46% for the year, as the pandemic exacerbated a disruption in global supply chains due to the U.S.-China trade war. The tight supplies were worsened by Hurricane Ida. This background, already keeping a lid on the supply side, should complement a consistent demand for Oil (CL), even amid rising inflation. Consumers are less likely to decrease demand for such an essential good, which could be positive for the trajectory for oil prices and the companies that produce it.

Another sector that benefits from rising inflation is financials. Banks’ main source of income is the interest rates difference between what it pays savers and what it charges borrowers. Therefore, rising inflation allows them to boost their profit margins. US Bancorp (USB) is up about 30% year-to-date.

McDonald’s (MCD) stands out among food companies, because it collects rent as a percent of sales from their franchise. It acts as an inflation hedge because costs rise, so would the rents the company collect. The fast-food chain is up almost 14% YTD.

In conclusion, while rising inflation is a concern for the sustainability of economic growth, investors may have strategies in which they can mitigate, if not profit from such an environment.