Global stock markets have experienced a tumultuous week from New York to Tokyo, attributed by many to a hawkish turn on the part of the United States’ Federal Reserve. Following the conclusion of the Federal Open Market Committee’s meeting yesterday, Fed Chairman Jerome Powell’s remarks indicated that an interest rate hike could come in early spring. On the back of concern regarding the potential effects of a change in American monetary policy, major Asian indices fell sharply on Thursday. 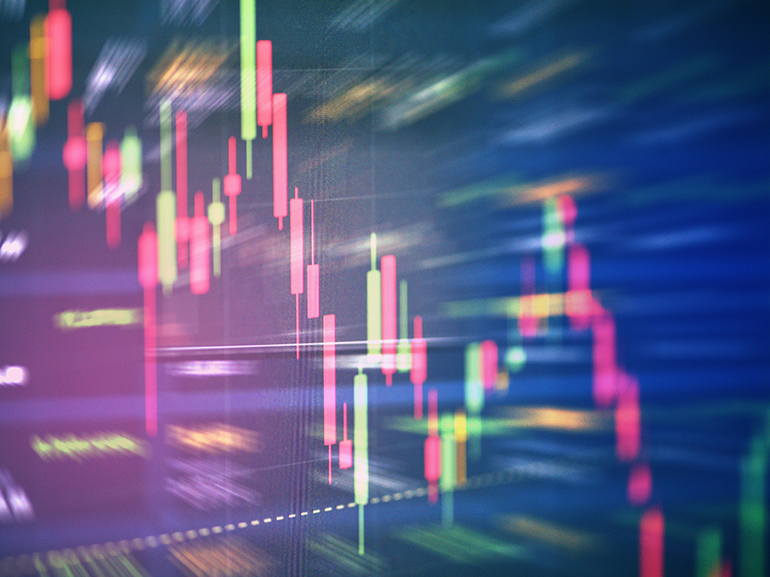 Indices across Asia have been clearly affected this week by news coming from across the Pacific. When Wall Street markets like the Nasdaq (US-TECH 100) and the S&P 500 (USA 500) went on a rollercoaster ride with the opening of trading this week, Asian indices fell in tandem. Now that fears regarding an interest rate hike in response to record inflation in the United States may be soon coming to fruition, these markets don’t seem to be out of the woods yet.

Tokyo’s Nikkei 225 (Japan 225) index fell by 3.1% over the course of the trading day on Thursday; this marks a total fall of over 10% since the beginning of the year. The Hang Seng Index (Hong Kong 50), based in Hong Kong, also registered a nearly 3% on Thursday.

So why are traders in Asia responding so strongly to decisions taken on the eastern seaboard of the United States?

Just as with foreign affairs, decisions taken by those who determine the trajectory of monetary policy in the United States have an influence that spreads far beyond American shores. The U.S. central bank, the Federal Reserve, refrained from hiking interest rates following yesterday’s summit, but its members have clearly indicated that the pandemic-era policies promoting market liquidity are drawing to a close. Market watchers are predicting that the first of up to four rises in interest rates this year could come as soon as mid-March.

For Asian investors, this may not come as welcome news. Some are already expressing concerns regarding a sea change in the Fed’s policy on market capital and currencies across the continent. Some speculate that Asian currencies could become devalued in relation to the dollar, as higher interest rates in a given nation tend to raise the value of its currency. Accordingly, once interest rate hikes set in, Forex pairs like the USD/JPY and USD/SGD could be in for a jump as the values of the greenback and the dollar index (DX) value increase. As of the time of this writing on Thursday, the USD/JPY and USD/SGD were up by nearly 0.4% and 0.2% respectively.

Perhaps of greater concern is the prospect that investors will seek to shift assets to countries like the U.S. which offer greater returns on investment, putting downward pressure on much-needed capital in developing markets across Asia. This fear is particularly potent in the People’s Republic of China at the moment, as the country faces an economic slowdown and has thus opted to keep interest rates low.

However, the outlook is not all gloomy for Asia’s largest economy. Chinese stocks, especially those in the tech sector like Meituan (3690.HK) and Alibaba, had a tumultuous 2021 with drops in share price as they grappled with increasing government regulations instituted by the Communist Party. As the Sinophone world gears up to celebrate the Lunar New Year and enter the Year of the Tiger, some are predicting more promising results for the Chinese tech sector in 2022.

As previously mentioned, China’s authorities cracked down on technology firms with a wide array of restrictions last year, but the current economic slowdown may make the government less likely to continue on this path, as growth has become a central priority. The full impact of 2021’s new rules has yet to be estimated, but China has already made it more attractive for companies like Alibaba (BABA) and JD.com (JD) to seek listings in Shanghai or Shenzhen rather than New York.

Another promising factor is China’s intention to foster the growth of smaller tech companies to increase indigenous firms’ market share in growth sectors like cloud computing technology and artificial intelligence. Furthermore, many analysts believe that despite the government’s anti-monopoly stance, blockbuster firms such as Baidu (BIDU) will still be able to weather regulatory changes without damage to their bottom line.

With uncertainty throughout Asian markets springing from both American monetary policy changes and shifts in the Chinese tech sector, the economic outlook for 2022 remains unclear. Time will tell whether firms across the continent can weather these changes and still come out ahead as the year progresses.